Martha Halford-Fumagalli started Martha Halford PR in 2010. With almost two decades of PR experience, she has a proven ability to get ‘difficult books’ into the national media – books not written by celebrities and which don’t necessarily deal with subjects in the ‘eye of the media’. 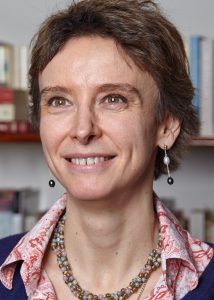 You can read here the article Martha has written for leading self-publishing platform Kobo Writing Life about getting good coverage in a highly competitive, saturated market.

Martha started her career overseeing the PR for a well-known business publisher over nearly 10 years; to this day she specialises in promoting non-fiction and services to the publishing industry.

She has sat on numerous committees of professional societies including Women in Publishing and the Galley Club. She acted as a spokesperson for both organisations.

She orchestrated the publicity campaigns for several leading English Language Dictionaries); illustrated books; medicine; engineering; business & marketing; legal; and many other topics in between!

The Campaigns page features many examples of books Martha has publicised and the corresponding coverage.

Martha never turns down a PR challenge and has also strayed into new territories – promoting the UK tour of Anglo-Caribbean actress and social entrepreneur, Tonya Joy Bolton; offering marketing/sales advice in relation to the publishing industry to several companies, both UK-based and with a global presence; and writing promotional materials for Quarch Architecture Atelier, Milan.

As you can see from the Services page, Martha also offers PR brain-storming sessions to help clients stand out from the crowd with a wealth of original (but practical) ideas. She also trains professionals in public/ media speaking, and organises events.

Her outstanding creativity stems from her long PR experience, but also from her academic background which has significantly widened her personal and cultural horizons: she holds a BA in Philosophy and Classics from UCL (University of London) and an MA in English Literature from the University of Warwick. Between her BA and her MA she spent a year at the University of Edinburgh following in the footsteps of Robert Louis Stevenson (an author she still very much admires).

Martha’s international roots and her first-hand knowledge of many different cultures are also a great asset. Born in Milan, the granddaughter of painter Bernardo Pasotti, she lived in several countries before settling in the UK in her early 20’s. She was schooled at the French Lycée, first in Brussels and then in Milan, from where she graduated with a Baccalauréat in French literature & foreign languages.

The ‘Testimonials’ page lists many quotes from Martha’s clients.